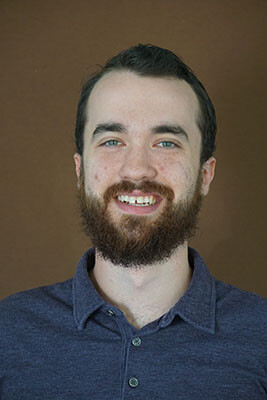 Mr. Coates was born in Missouri and came to Oakdale so he could make a difference in people’s lives on a daily basis. He is very encouraged to see the growth and development of the students at Oakdale. He loves to see when students have that “aha” moment in the classroom. He hopes that students and staff alike are drawn closer to Jesus through their experiences at Oakdale. 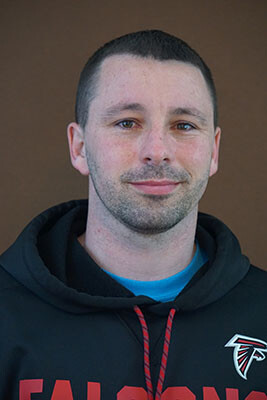 Mr. Jones came from Florida in 2014 to Oakdale. He loves living in the community and says that “everyday living in this community” has been his favorite moment of his time here. He is glad to be able to connect with students on a regular basis and teach them about a wide range of things. One of his favorite things is being able to mentor the young men in the dorm. 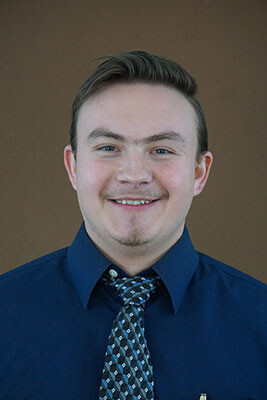 Mr. Rigby joined the Oakdale community with his wife in 2019 from Kansas. Originally a native from New York, he enjoys the interactions he has with the students and loves trying the new foods at the International Dinner. Taco Tuesdays are one of his favorite days at Oakdale! Chris loves helping the students develop into adulthood through participating in some of the exciting activities we offer. 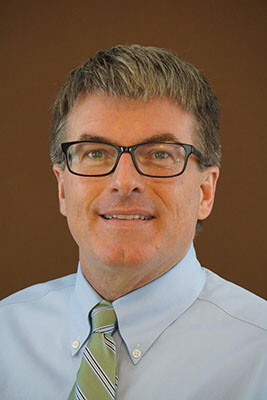 Mr. Fisher came to Oakdale in 1995, originally from Illinois. While he spends most of his time in his office, overseeing the day-to-day operations of Oakdale, he loves to see the staff interact with the students and to hear of the difference that Oakdale is making in their lives. He has really enjoyed his time at Oakdale, the friends he has made, and the lives he has seen change as a result of what God is able to do on campus. 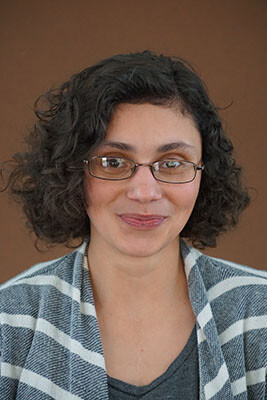 Mrs. Rigby comes to Oakdale from Kansas and arrived to work on campus in 2019. She loves seeing the students under her care hit their “learning curve” and yet keep pushing themselves. She thoroughly enjoys working with and inspiring the teenagers on campus. She hopes to be able to give enough love and encouragement to the students for them to learn something new and to inspire the students to keep going or stay positive and try to put a smile on their faces. 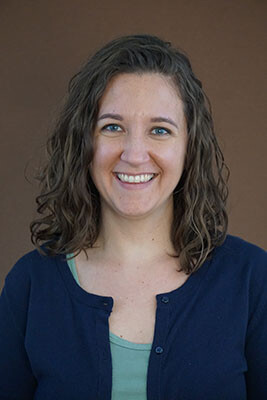 Mrs. Cook, originally from Michigan, joined the Oakdale family in 2014 after returning from Uganda where she was working with underprivileged children on the margins of society. She currently serves as a Girls Dorm Dean and enjoys the valuable time she gets to share with the girls. She loves to be a part of some of the turning points in their lives and she hopes that the girls in her care would have a deep-rooted love for Jesus and pursue discipleship with Him. 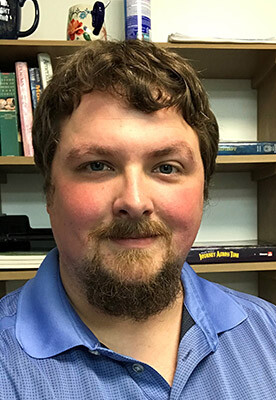 Mr. Driskill started work at Oakdale in 2020. Mr. Driskill was excited about the chance to get to minister to students and loves the opportunity to connect one on one with the students and staff. He enjoys getting to know people and help them in their Christian walk. He really wants the students to know that they are loved and wants them to learn that conflict, although not always pleasant, can be healthy and helpful at times. 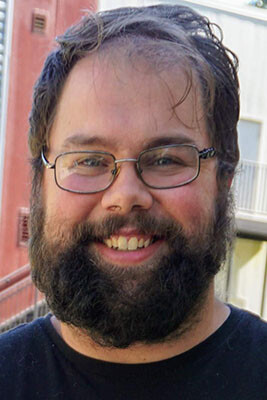 Mr. Hall moved to Oakdale with his family in 2019 from New York. He enjoys being able to go along the journey with the students as he helps to either plant or water the seeds of the Gospel. He loves to see the students faces and reactions when they receive revelation from God and are excited to share it. 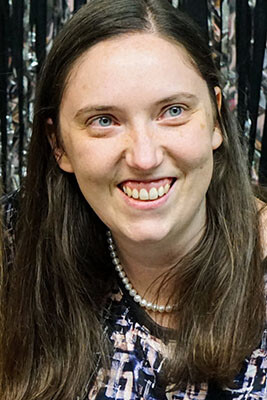 Mrs. Johnson arrived at Oakdale in 2014 from Michigan. She knows that God has called her to teach the truth of His Word and that working at Oakdale gives her the opportunity to turn everyday moments into teachable moments. She finds great joy in helping students understand the Bible better and in helping them wrestle with their questions about faith and the Christian life. She hopes that she can find ways in which she can hold up Jesus before the eyes of the students who are under her care. 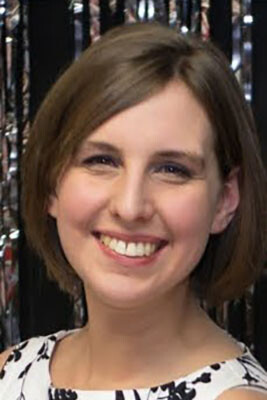 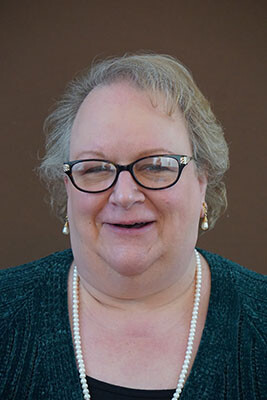 Mrs. Mead first came to Oakdale in 2005 and stayed until 2007 before some family commitments drew her back home to Michigan, but returned in 2014 and has been at Oakdale ever since then. She has so many fond memories of the people and relationships she has built while at Oakdale. She says that she has never experienced anywhere else like Oakdale, where a community of Christ-followers all work together for a common purpose – that of leading teenagers. She loves that moment when the light of understanding dawns on the student’s faces and their lives are changed, whether that’s in the classroom, dinner table, in church, or at play. 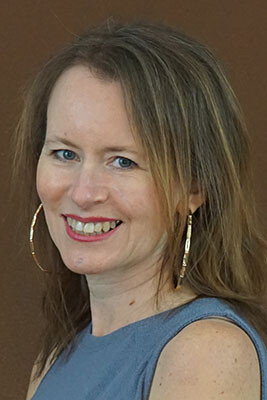 Mrs. Clark comes to Oakdale from Ohio and joined the team in 1993. She truly believes that Oakdale is not a job but a calling. She believes that life was meant to be all-inclusive and not compartmentalized and this way of living is fully on display at Oakdale. She loves to watch kids realize that they can experience change and that moment when they “see themselves in a different light”. She hopes that the students know that Jesus doesn’t just live at Oakdale, but wants to live in them. 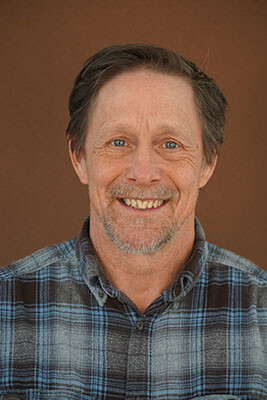 Mr. Driskill was born in North Carolina and came to work at Oakdale in 2007, but has lived in the area since 1991. He loves to see students worship together and minister to each other at student-led worship. He loves the shared sense of mission among the staff at Oakdale and experiencing the deep, sincere Christian community that is present on campus. He wants to be able to inspire as well as instruct students while they are at Oakdale. Mark also serves as the campus pastor at the Oakdale Free Methodist Church. 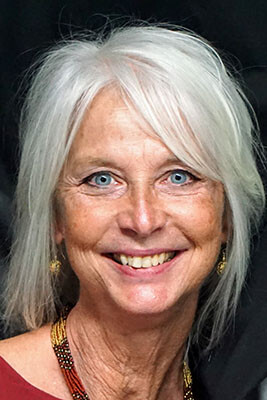 Mrs. Driskill has volunteered and worked on and off with Oakdale since the mid-1990s with her husband. She enjoys seeing students and staff experience life changes, physical, mental, and spiritual. She hopes to be able to help students and staff see that they are whole people, body, mind, and spirit and that they must be tended to in order to best serve the Oakdale community. 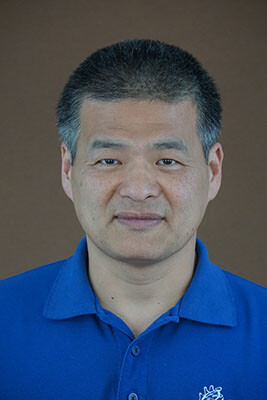 Mr. Kline arrived at Oakdale in 2014 from Michigan. He strongly believes that God led him to Oakdale and that he will continue his ministry on campus. He appreciates the opportunity to teach the students life skills and directing them to Christ. One of his favorite memories of Oakdale was when the 2017 boys’ basketball team won the AA Championship, winning 4 games straight at the state tournament. 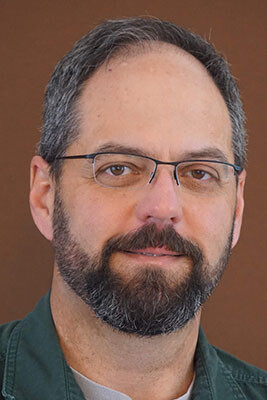 Mr. Mead, with his wife, had a short stint at Oakdale from 2005-2007 before returning in 2014 to the campus from Michigan. He enjoys all aspects of campus but some of his favorite memories are of watching students perform the drama productions. He says that in his job he has new experiences almost weekly, where he finds himself learning something new. He works diligently to help support the other staff on campus so that they can minister to the students. 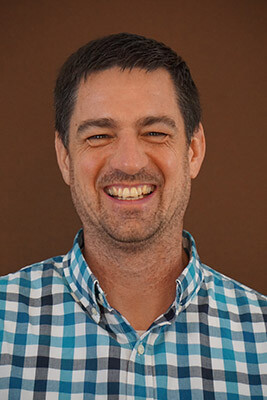 Mr. Clark began working at Oakdale in 1994 and was born in Germany. He loves listening to the student’s testimonies and seeing how God is clearly working transformation and healing in their lives. He says that one of the best things about Oakdale is its “counter-cultural” aspect that provides a safe place for students to grow. He wants to show the students that it is possible to live in a God-honoring way in today’s world and ultimately point others to Jesus. 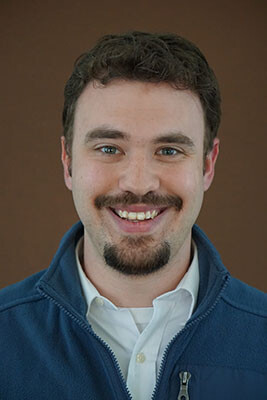 Mr. Coates came from Indiana in 2012. One of his favorite things to do is read his students’ discussion responses in his Christ in Film and Culture class and watch as they process their thoughts about Jesus as they encounter him in new and fresh ways. One of the things that keep Mr. Coates at Oakdale is that he knows that “God is in the business of transforming lives here bit by bit”. His desire is to reveal more of the person of Jesus to his students every day. 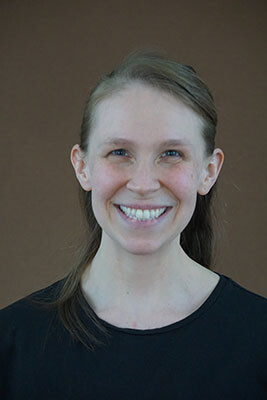 Mrs. Jones moved to Oakdale from Michigan in 2015. She really is drawn to the incarnational living that can be experienced at Oakdale, living in a community of like-minded believers. She says she was also drawn to the mission of the school and the value of each staff member and student. She loves to have students in her house for tea and to discuss class projects. She wants all of her students to know that they are unconditionally loved and valued. 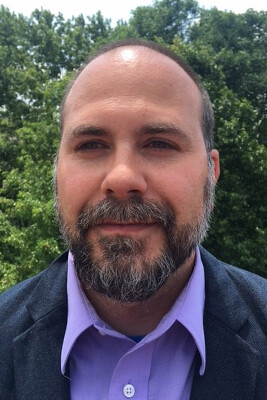 Mr. Powers came to Oakdale from Northern Kentucky in 2020. He and his family contemplated a move to Oakdale for almost 2 years before it became a reality. In his time on campus, he has really enjoyed getting to know some of the students and hearing their stories and the testimonies of how their lives have been changed while being at Oakdale in just a short amount of time. He hopes that his life can be an example of Christ and that his family, although not perfect, can represent what a true Godly family can look like. 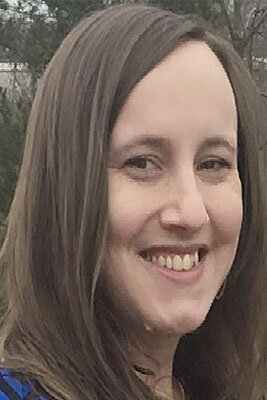 Mrs. Powers came to Oakdale in 2020 from Northern Kentucky and is serving in the Health Services Department as a Registered Nurse. She loves seeing the students encourage one another during social times and to experience a Christian community where she can serve the students and help them to grow and learn from one another. She wants to be able to point others to Christ in how she interacts with the students and staff and show an example of how Jesus served.

Peter Boahn is no stranger to Oakdale, having graduated from Oakdale in 2020, he returned this Spring semester to help fill in as a Dorm Dean. He really enjoys evenings when he can spend one-on-one time with the boys in his care and talk with them about their lives. Peter wants to influence the students in a way that would be pleasing to the Lord and help them with their short-term goals, eventually setting them up for long-term success.

Mrs. Odell comes to Oakdale from New York and first began work at Oakdale in 2011, she left for a while and returned back to work here in 2020. She loves to be able to listen to the Senior Vespers when the staff gets an inside view of the impact that Oakdale has made on the graduating Seniors. She enjoys the opportunity to engage in meaningful conversations with the students and staff. One of her hopes is that students and staff feel listened to, appreciated, and cared for through her service to the community at Oakdale.

Mrs. Lyon has been around Oakdale on and off since 2009. She has lived in numerous places in between her times at Oakdale. Judy actually grew up as a child on Oakdale’s campus while her parents both worked here. She feels that Oakdale is home and enjoys seeing the graduates take on real-world work and families. She currently serves as a teacher, librarian and does a lot of the “odd jobs” that we need to be done around campus!