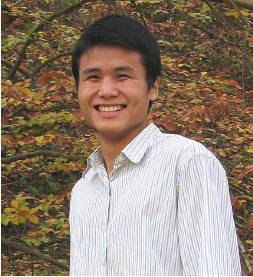 Oakdale Christian Academy in the words of 2008 Graduate:

My name is Joseph Li. I grew up in Liaoning, China. I was a student at Oakdale Christian Academy for four years. Oakdale is a unique place; a place that you cannot find anywhere else. During those four years, I was changed both academically and spiritually. I was in a public high school in New York before I went to Oakdale. I had a terrible time there. I lost my self-discipline and failed most of my classes. At the time, I didn’t even know if I could graduate or not. However, things changed around the time I went to Oakdale.
Oakdale had a higher standard of education, where the teachers challenge you to learn, and teach you how to do so. The first year I attended Oakdale, I had pretty bad grades. One reason is that I didn’t know much English then. The other reason is the classes were much harder then what I was used to. They challenge you to use your mind, and expect you to have your own thoughts.

As a college student, I really appreciated what Oakdale did for me, because it fully prepared me for college. The other thing I really appreciated is Oakdale’s grade system. We received our grade cards every single week, so we can see how we did that week and try to make improvements on that. Oakdale is a great community where I enhance my spiritual life. The staff members are like my family members. They let me known God, and brought me to Him, where I found out the purpose of life. I also want to mention the food at Oakdale. Oakdale has great cooks. Because of the diversity in Oakdale, we always can eat different kinds of food, even Chinese! That’s not going to happen in other schools! I will try to go back and visit Oakdale Christian Academy every year, and I really hope to see some of you there.

Joseph is now at Spring Arbor University in Michigan, majoring in business administration.